This project is the renovation of a landmark Green Bay building, the Downtown YMCA, originally constructed in 1924. The rehabilitation of the historic building complied with the standards of the National Park Service. $2.1 million in project funding came from historic tax credits to support preservation of the building's Tudor-Gothic architecture and other early 20th century features.

The Ferguson Family YMCA is important to the history of recreation in Green Bay. The building was constructed during an era when YMCAs were being built in large numbers across the state. These buildings, almost always constructed in urban centers, served multiple functions as social and business organizations, similar to popular nineteenth century clubs.

In recent years, the YMCA’s board of directors discussed its options for the nearly 100-year-old facility, and even considered abandoning the historic building to build new on a more suburban site. Due to the "revitalization" occurring in the city's downtown through the growth of new businesses and apartment complexes, the YMCA felt it had an easy
decision to commit itself to that neighborhood. The public responded by raising $9.4 million through a capital campaign that included substantial donations for naming rights for areas of the building.

The scope of work included exterior renovation to preserve this rich, historic building of the Green Bay community. Complete tuck-pointing and cleaning of the original stone and brick facades, combined with select replacement of the stone was performed. The stone parapet caps on the six story tall roof were all removed and reset, following installation of new copper roof flashing. The asbestos tile roof was removed to allow for
the installation of a new shingle roof to match the original construction. The original copper roof gutters and downspouts were refurbished and reinstalled. Wood and stucco accent trim was repaired or replaced. On the interior, many of the building's historic interior features were left untouched. These include wood arches and columns in the main lobby, wood paneling, and a staircase with mosaic tiles, some of which are inscribed with the original YMCA logo. The existing mosaic wall tile was a clue to what lay beneath layers of old, tired flooring. Workers uncovered the original tile floors, which were cleaned and restored back to their original condition.

The YMCA has preserved the history of the building by restoring the historic building materials and components to the greatest extent possible, minimizing material replacement wherever achievable.

The remnants of the 1924 bowling alley, abandoned years ago, was transformed into a heated yoga studio, and it is elements like the alley's hardwood, and the old facade that create a unique look for members. YMCA Executive director, Amy Schaeuble, says the improvements stayed true to the building's history.

ADA access has been added to the main entrance.  New locker rooms and expanded activity spaces were remodeled to match the feedback provided to the client in member surveys. Mechanical system replacement included the steam boiler, air handling units, elevator, and energy efficient LED lighting upgrades throughout most spaces.

Spaces not deemed part of the historical period of significance were renovated using modern elements and glass to increase visual transparency within the building while complementing instead of mimicking the historic character of the original building.

The renovation included a new 3 story atrium that creates a focal ”hub”, bringing in natural light to the lobby space in the core of building. The atrium was constructed by adding a new third floor on the existing second floor roof, and bearing this new roof structure on the 93 year old walls, four stories above grade. The architect of record,
Berners Schober, was the designer for the original building in 1924. Despite having the original drawings, structural calculations equivalent to today’s design standards did not exist, and each new bearing point and framing member required countless hours of engineering study. All materials for the new atrium had to be hoisted over the six story perimeter building and dropped into place in the new core.

Adding to the difficulty of the project was the Owner’s operations. It was determined during preconstruction that the YMCA would maintain business in the building
throughout construction, from 5 AM to 9 PM every day. All construction had to be segregated from the ongoing operations and phased to accommodate the Owner’s
program activities. Further complicating construction was the urban site, with public streets on 3 sides and a neighboring property to the south. Street closures were
limited by the municipality, requiring “just-in-time” delivery for all materials, as there were no staging areas on site. Despite the complexity of the project, the renovation was completed two months ahead of schedule and under the client’s budget. 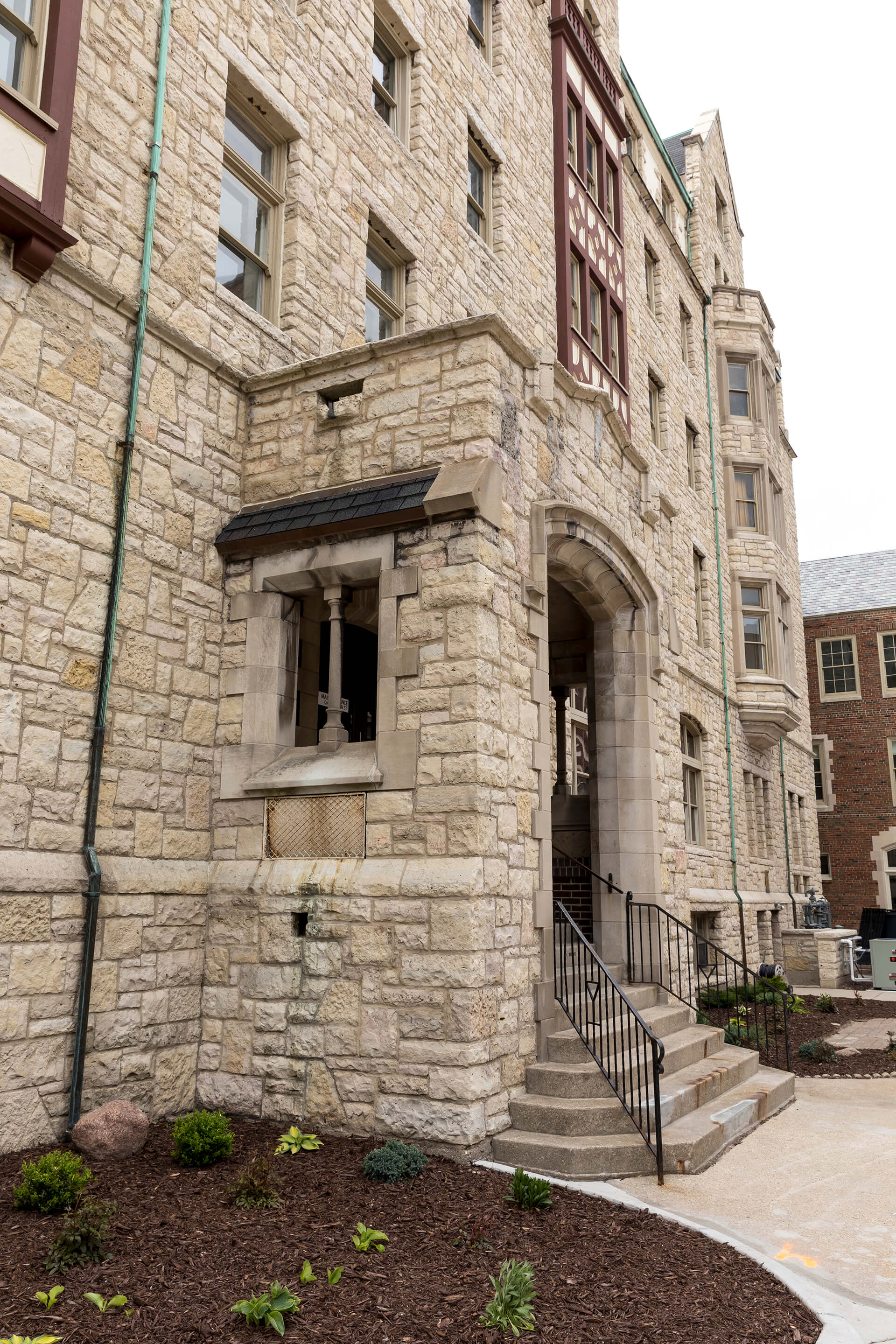 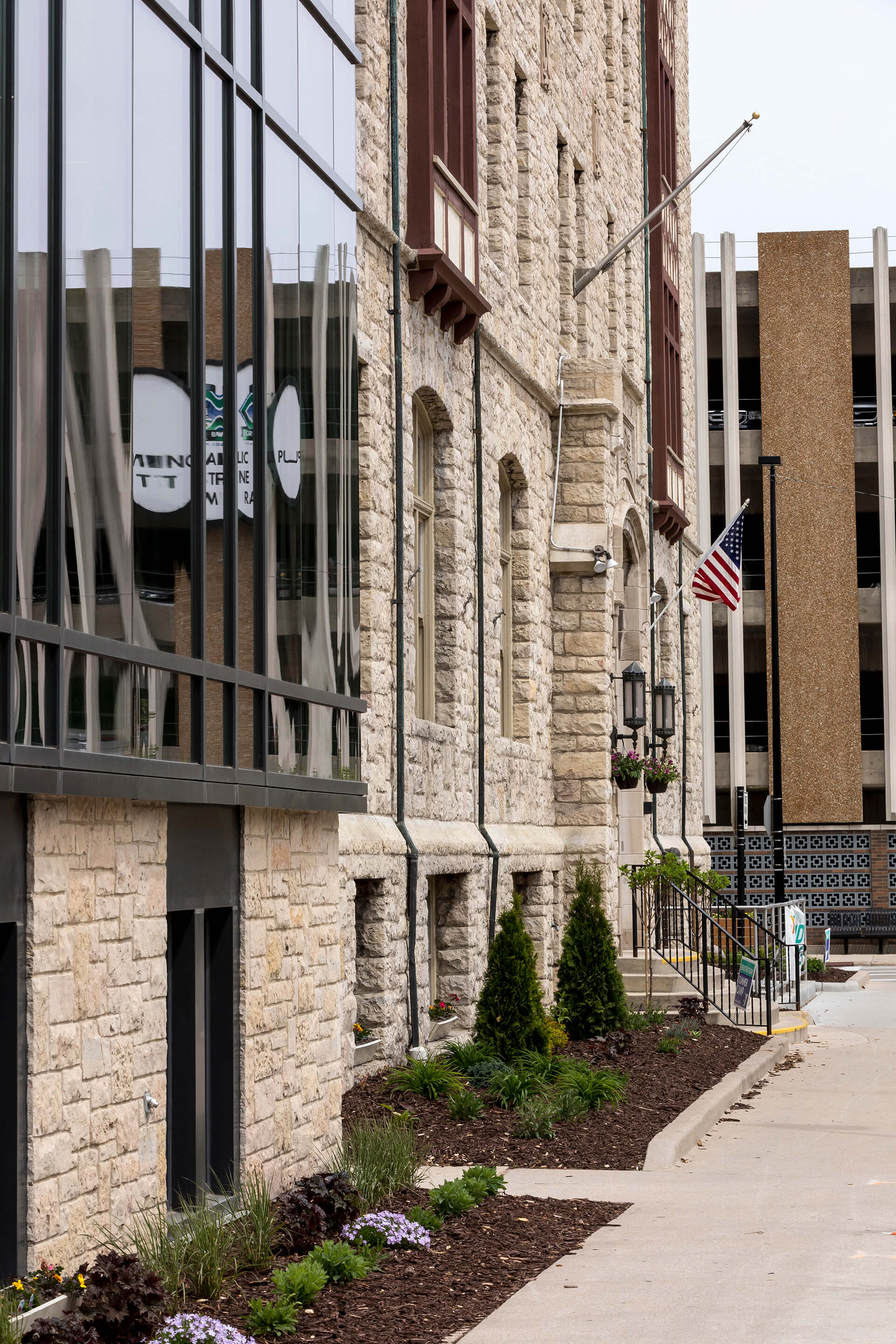 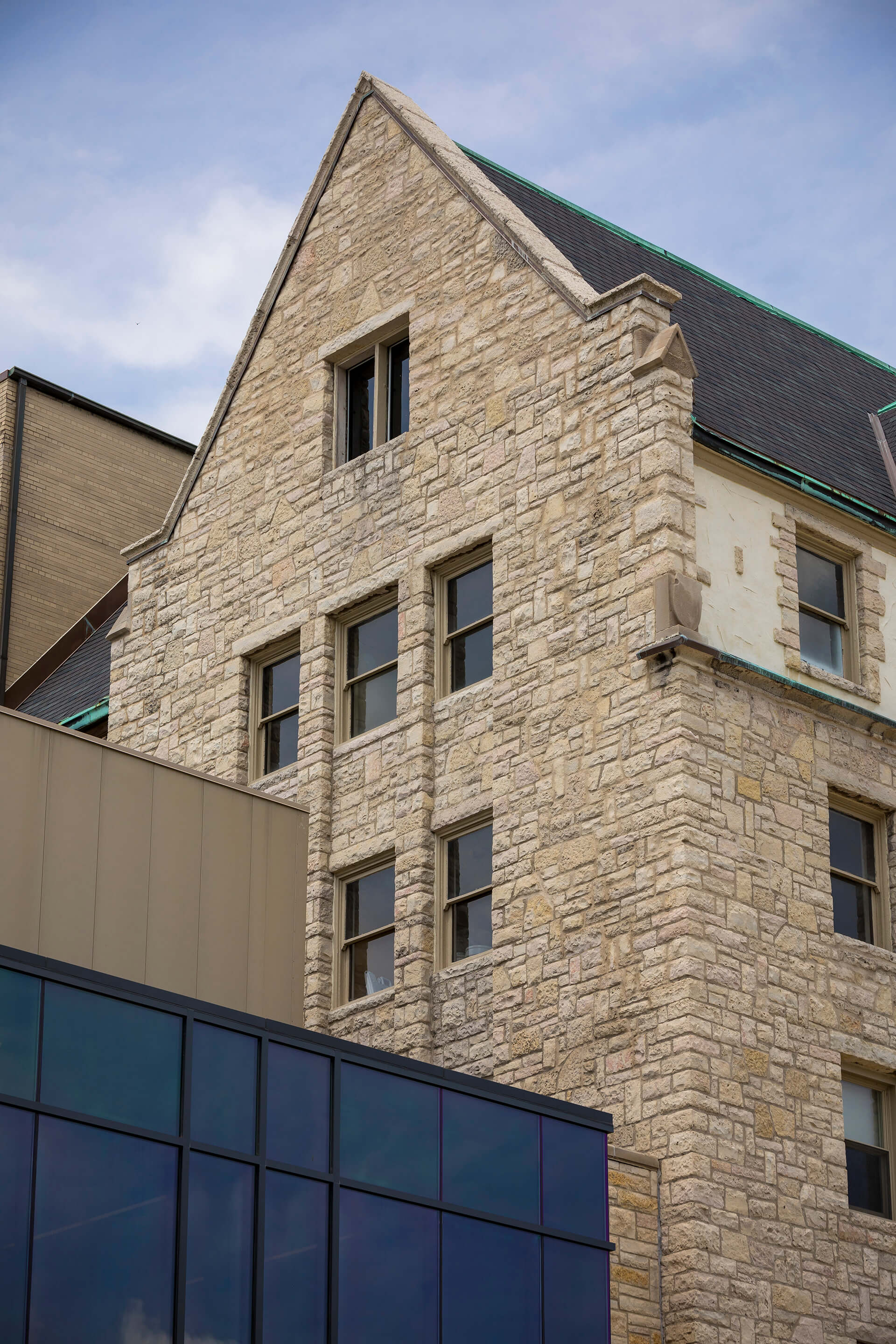 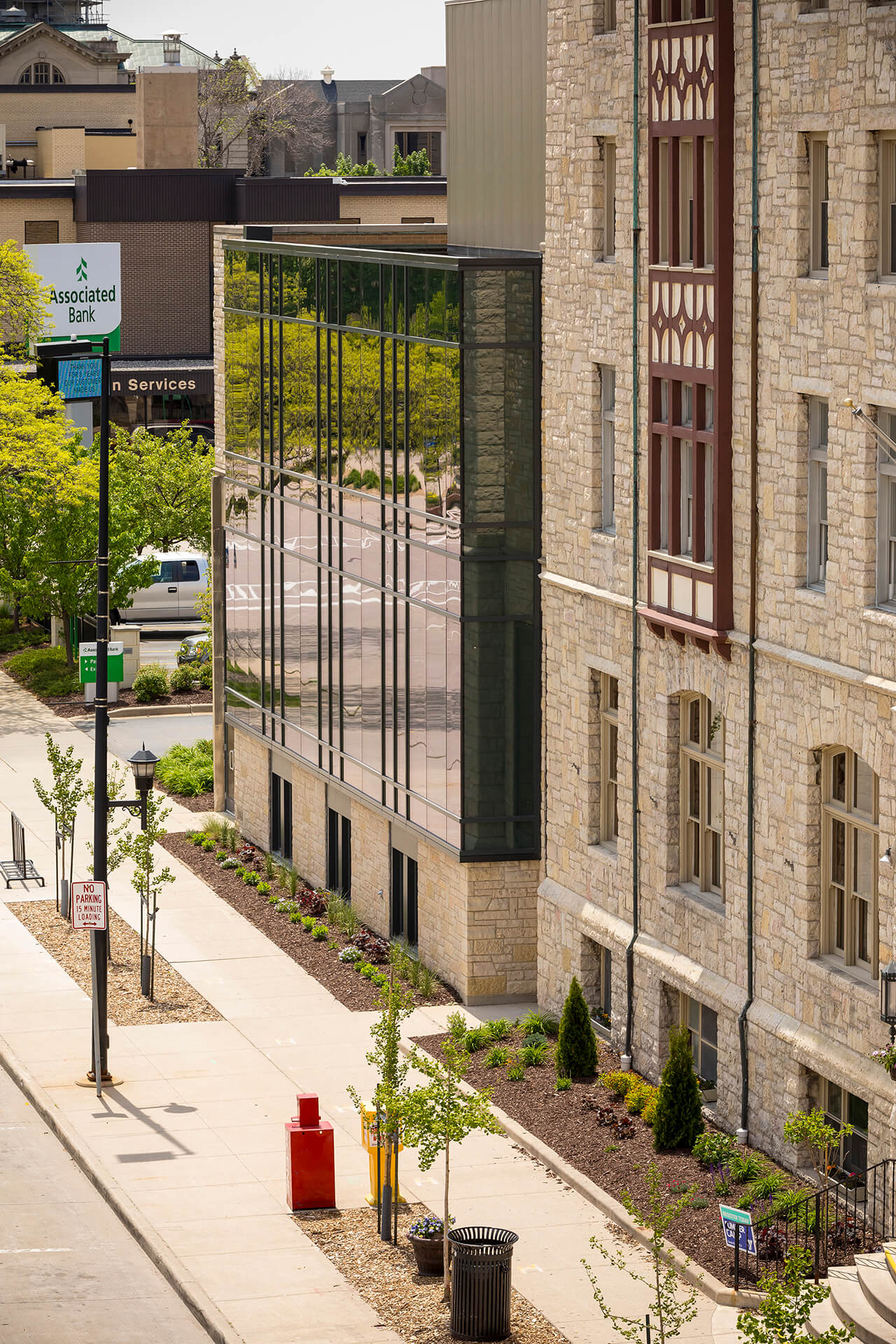 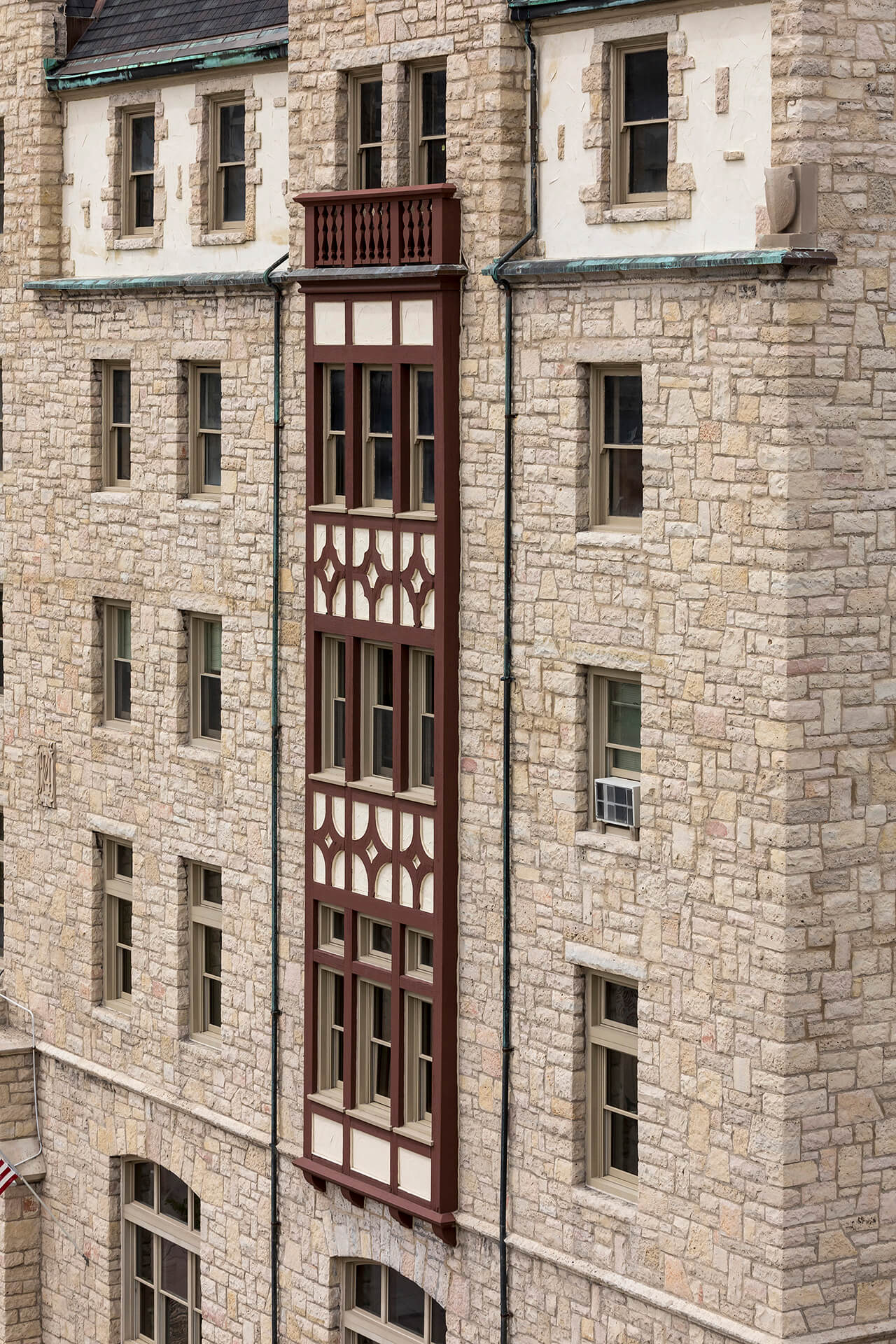 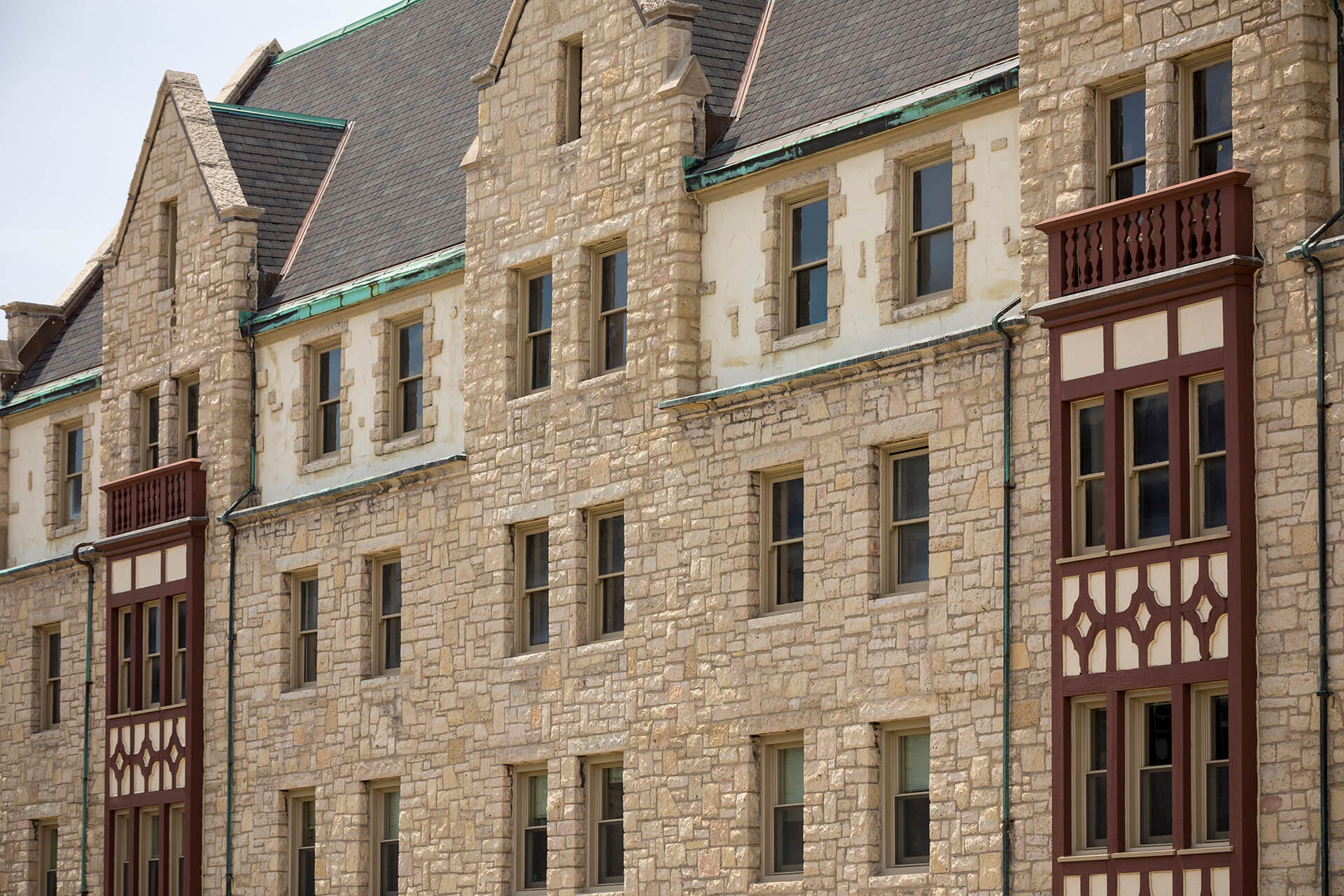